Many people may know the famous Colorlight LED control system – one of the mainstream and outstanding LED control system providers that has large market sharing worldwide. So, how to use it to achieve synchronized playback of multiple screen?

Colorlight has already been an industry benchmark for more than 10 years since it was established in 2007. As a professional and mainstream LED control system solutions provide, it occupies huge market share in this field with comprehensive product line, and has served a huge number of LED display screen companies.

All have strong and outstanding special to achieve various functions both indoor and outdoor LED display will need. For example:

(1) Z series super LED controller: It contains the functions of LED sender, LED video processor and LED video splicer. This series is a professional LED display controller which can appliy to high-end rental display and fine pixel pitch LED display in many applications such as media center, sports center and high-end conference.

(3) S series intelligent LED controller: This series are high-definition LED sending equipment which can support digital signal up to 1920*1200 pixels. It can adjust brightness and chromaticity, and improve grayscale performance from low brightness. Also, it equips a series of versatile functions, which can be applied to different LED screen walls perfectly.

(4) C series networking LED video displayer: It is the new generation of Colorlight’s LED controller. It can achieve management without computers and contains stroage functions. Besides, it supports PC, Andriod, IOS and off-line displaying. This system has helped countless customers in projects such as commercial displays and smart cities to develop higher business value.

Colorlight owns a series software that have corresponding functions according to different requirements customers may meet in the actual displaying.

C-series networked players can apply to commercial digital billboards, smart city applications and other applications perfectly as it is based on Colorlightcloud – a comprehensive smart system. It can be controlled via different operating systems and be accessible to a safe and trustworthy cloud data center.

LEDVISION is an easy-operating and functional software. With its multiple functions, controlling and management of LED display panels can be simplified and visualized.

iSet is a professional software designed for the end-users, especially for rental LED display users. It can set the connection map among different senders and cabinets, and simplify the operation. Meanwhile, iSet can adjust brightness and other parameters.

Colorlight C series player has many advantages in applications of advertising screens and exhibition screens.

You can connect C series player to Internet through LAN /WiFi/4G. Based on Colorlight Cloud service, you will enjoy unified management of multiple screens and multi-services across regions.

C series players are innovative product which integrates sender and receiver card into one equipment. It is easy to operate and cost-effective.

As the leading company in the industry, it is no doubt Colorlight has its strict inspection system and efficient but stable production plant.

The perfect specialities can be shown through sufficient functions the LED control systems can provide, they are listed but not limited as below:

It has more than 500 employees, among them 150 staffs are technical engineers who are able to provide professional and efficient technical services for customers worldwide.

As a high-tech company who integrates the processes of research, development, production, sales and services of LED display control systems, Colorlight focuses on overall solutions for the whole industry, and being dedicated to developing cutting-edge technologies. Thus brainpower is the principal resource of Colorlight.

Besides, the market-oriented R&D spirits encourges Colorlight to develop new products that can cater to the market. For instance, as early as 2014, Colorlight LED took the lead in proposing the concept of 3D LED display and has done many related projects.

What is more, it has already took 5G tecnology into their prodect design concept and launched the Caiyun series based on cloud-based management services.

Services in the LED display industry undoubtly is one of the foremost factors when we juding the ability of a company.

Just as the statement of Colorlight: “to succeed with our partners with the most advanced technologies and service,” providing customers with superior services is always a stragetic goal of this company.

It provides many services such as 24 hours full-time services, overseas support and headquarters all emplying professionals technology staff in Shenzhen and three offices in the United States, Europe and India, training center which will offer staff and customers with latest news and materials for them to use and study the LED products and CCE (Colorlight Certificated Engineer) certification – a technical certification service of Colorlight oriented toward dealers, project contractors, manufacturers and technicians in LED display industry.

The smart pole led display made by steel or aluminum the cabinet size can be customize.

This article introduces how to use Colorlight LED control system to achieve synchronized playback of multiple screen, detailed introduction of Colorlight LED, and cases. For more useful informatio about LED displays, just turn to our LED Display FAQs! 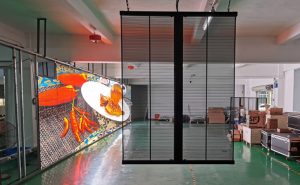 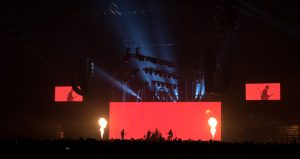 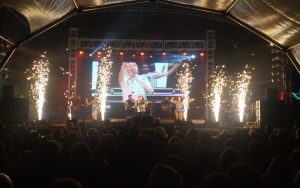