DIP LED Module VS SMD VS COB? One Article Tells You.

Home » DIP LED Module VS SMD VS COB? One Article Tells You.

Today, we will discuss how to choose from the three commonest LED packaging technology, they are DIP LED module, SMD LED and COB LED. By clarifying their specialities, cons, and pros, we will have more ideas when we face such a choice!

1.What Is DIP LED Module?

1.What Is DIP LED Module?

DIP refers to Dual In-Line Package, and is a typical type of LED packaging technology as SMD. A DIP lamp bead will have 2 straight parallel connecting pins, and the chip is encased in hard plastic.

To further explain, DIP is an electronic component package with two parallel rows of connecting pins which is through-hole mounted to the PCB board or inserted in a socket. Each separate unit on DIP LED module will include R, G, B LED, which represents three main colors that are red, green and blue.

DIP LED was prevailing in the ’70s, and still has a certain market share today especially for some customers who need an outdoor LED display. SMD LEDs combine red, green, and blue (RGB) in a single package, meaning the three colors of LED bulbs are encapsulated into one case, and the case then will be soldered onto the circuit. Therefore, the red, green and blue LEDs will be regrouped to display different colors.

This kind of LED packaging technology came from the need for smaller pixel pitch and higher resolution LED panel module. The market share of it has been increasing all the time since it was developed by Phillip Corporation in the ’70s.

Compared with the DIP LED module, SMD LED module is more suitable for indoor small pixel pitch LED display. And at present, it is the mainstream of the LED industry worldwide. Moreover, it can be both used for rental LED display and fixed LED display but DIP LED cabinets are more likely to be used as fixed LED screen.

COB stands for Chip-On-Board, which refers to the LED packaging technology that integrates the chip directly to the PCB board to improve the efficiency of packaging and narrow the distance between different lamp beads. Then, producers will cover the chips and bonding wires with glue to avoid pollution and damages.

It is worth to be highlighted that COB technology brings a higher lumen density of a LED module compared to the DIP LED module or SMD LED module with the same size. Now, we have clarified the three common LED packaging technologies including DIP, SMD, and COB. You may raise a question – how can we choose the fittest one if we want to purchase or rent a LED display screen?

To find out the answer to this question, we need to figure out the advantages and disadvantages of each of them. And then analyzing the best program according to our specific situations.

DIP LEDs have a large size so as to produce higher brightness. Generally, DIP LED module can reach a brightness level up to 7,500 nits and even more than 10,000 nits.

This is a huge advantage that outdoor LED screen can utilize as high brightness is an indispensable factor that determines the final effect.

DIP LED displays are usually consumed electricity compared with SMD LED display, normally only need the 1/3 of electricity cost of SMD LED screen. Lower power consumption can save you more cost, and also is environmental-friendly.

It is more durable than SMD LEDs in the long term as this packaging technology enables better heat dissipation. And this can prolong the working life of DIP LED modules that can be up to 100,000 hours.

Because the long feet will be inserted into the PCB board directly, so there is seldom a cold soldering problem while SMD LEDs may cause such problems as the packaging method asking the LED lamp bead to mount on the PCB board.

The water or moisture-entering will affect the normal operation of displays, and also shorten the life span. Thus, for some outdoor LED display screen which needs high waterproof protection, DIP LED displays can be one of the wise choices.

Limited by the size of LED lamp beads, the pixel pitch of DIP LED modules can be relatively large. Generally speaking, now DIP LEDs only supports LED screens with pixel pitch larger than 6mm, that is P6.

The longer viewing distance makes DIP LEDs are not so suitable for some indoor LED displays that need small pixel pith.

The viewing angle is narrower than that of the SMD LED module, which is only between 70 degrees to 110 degrees.

The packaging method allows SMD LED cabinet lightweight and thin cabinet design, which can facilitate the installation and also storage.

There is a solid protection layer covering the components inside, so the module is not easy to be damaged.

The service life of SMD LED modules also can reach 50,000 to 100,000 hours if it is under appropriate operation.

Even this technology has been developed for many years and has been used widely among the globe indoor or outdoor LED display market, there are still some pin spots waiting to be tackled such as anti-glare function, anti-static ability, higher waterproof level, and so on.

But for indoor fine pixel pitch LED displays, SMD cabinets may be one of your best choices. The chips of COB LEDs are connected to the PCB board directly, so the distance between two pixels can be super narrow so to increase the resolution. The higher resolution can bring clearer and more detailed images to the viewers.

The structure of COB LEDs is simpler than that of SMD LEDs, so accordingly, the production process can be simplified compared with other kinds of LEDs.

Just as we have mentioned above, the simple structure of COB LEDs gives them advantages in heat dissipation.

All devices of the lamp bead are encapsulated by epoxy resin, and no pin will be exposed outside. This feature decreases the risk of oxidation of pins so as to avoid the lamp bead failure caused by this reason.

Each LED lamp bead will be potted by glue separately, so the surface evenness may be lowered. This will affect the display performance.

The reject ratio can be higher than the other two LEDs, which increases the production cost a lot. Besides, the poor consistency in color and brightness also is a problem waiting for solutions. In this article, we discuss the three different popular LED technology on the market now – DIP LED module, SMD LED and COB LED. And then, we talk about their differences including their advantages and disadvantages to help you consider the choice.

In common, if you need outdoor LED displays that do not require close viewing distance but high protection ability, then it can make you consider DIP LED module. It is widely used in outdoor applications such as large outdoor fixed LED displays and LED sign. But if you want high resolution LED display, you may think about SMD and COB LED displays. However, because of some drawbacks of COB LEDs that have not been tackled, SMD LED may be a better choice. Of course, just make a concrete analysis of your concrete situation, or you can contact us for some helpful advice! 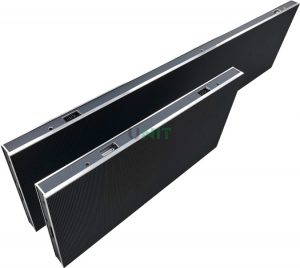 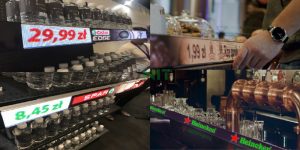